Two years ago, one of the most high-end luxury condos was the Cristalla; now we see more and more ultra high-end and high-rise condos springing up on the market every month. Developers are putting more thought into their designs and raising the ante with each new project. Customized options are becoming a pretty standard offering. If you are a Cristalla homeowner, how are the new kids on the block going to affect your unit’s resale value?

Sitting on the corner of 2nd Ave and Lenora, the land became famous almost a century ago as the site of the crystal pool.  A warm salt water bath was pumped uphill from Elliott Bay to the bathing hall. Bathers could watch the sky through the sparkling glass pergola and it became one of the most popular spots in the city. Around 1940's, the site was converted to a church. It was later renovated in 1966 by the owner. A few years ago, the land was bought by a developer who also bought the "air rights' over the building on First and Lenora, so that some of the westward view will never be obstructed. The building's original facade remains — blending the cool blue glass and Italian limestone architecturally mixing the old and the new. When the units became available, almost all sold out very quickly. Buyers had many options to customize their units (adding translucent sliding doors, moving a wall, changing the lighting out, adding/removing built-ins, custom cabinetry, wall beds etc.)

Certainly, Cristalla owners have done quite well so far.  I did an analysis on the gains of some Cristalla units sold a year after it was completed. Here is some interesting data:

The average gain for all units sold was a very attractive 29%.

Even though it doesn't have a rich story like Cristalla, Escala it is still positioning itself as an ultra high end condominium located on 4th and Virginia.

Escala, as the name suggests in Spanish, means “scale” giving reference to the building's architecturally presence as one of the tallest and largest residential communities in Seattle, with a whopping 276 condominium units. Escala focuses on more space and more design and ultimately enhanced cosmopolitan lifestyles. The developer, Lexas, is essentially developing a city club comprised of the entire 25,000 square feet floor plate. Residents of the building can enjoy the exclusive amenities complete with full service gym, lap pools, a theater, an events center, a game room, meeting rooms, a salon, outdoor recreation area and more. Their development approach is to offer the same or better amenities and services of the best hotels but to do it in an exclusively residential tower. Escala will be offering home plans ranging from open one bedrooms beginning from 950 square feet to three bedroom units. The public opening is scheduled for this summer.

Similarities of Cristalla and Escala

What should Cristalla Owners Do?

Coming back to the question, how will Escala affect Cristalla’s resale value? Once you consider the macro-economic factors and overall demand for ultra premium condis in general, a lot of it comes down to Escala's pricing.

If the premium for Escala is 20-25% higher than Cristalla, Cristalla owners will have plenty of people who will prefer to save 20% by going with Cristalla. If the premium is 10-15%, the brand new construction will be more appealing to many potential Cristalla buyers and thus affect the resale values and time on market of Cristalla units.

What am I telling my Cristalla clients?  Obviously, a lot depends on their personal and financial situation (not to mention their overall investment strategy and risk profile).  If I had to generalize, I would say it’s unlikely that your unit’s value will go down because of Escala given the strength of the market and Cristalla’s intrinsic value.

On the other hand, if you are in it purely for investment purposes and want to continue getting aggressive returns, we may have seen the steepest part of Cristalla’s capital appreciation and now might be a good time to redeploy capital to alternative properties which have more immediate head room. 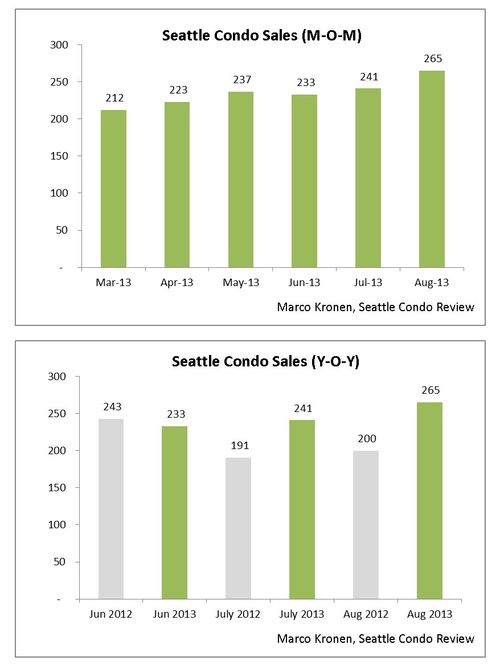