Seattle is Officially the Hottest Real Estate Market in the Nation 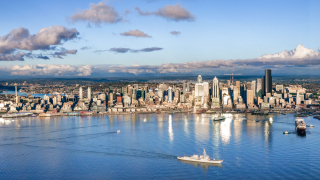 According to new data from S&P Case-Shiller National Home Price Index, Seattle is now the hottest real estate market in the nation. Seattle’s home prices rose 11% between September 2015 and 2016.

This appreciation is being driven by the technology boom, which is increasing our population with skilled workers who can typically afford higher priced homes. Amazon, Facebook, Salesforce and eBay are among some of the tech giants leading the storm. Add to that low inventory and high demand, and you have 11% increases in year over year prices.

It isn’t just Seattle that is seeing large annual gains. The national number is 5.5% for September, the highest it has been since the last peak in 2006.